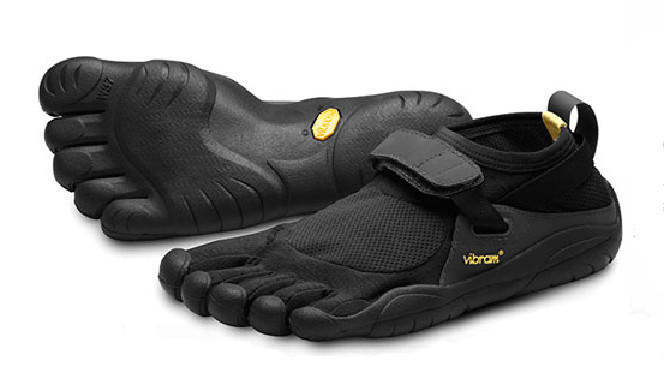 AMERICAN FORK — Barefoot running is becoming popular with serious and casual runners alike. But is it safe?

Barefoot running is, for many, not technically done without shoes. Rather, runners slip on shoes that look like gloves for feet, with little tubed slots for each toe. A 2010 Harvard Study and the book "Born to Run" both claimed that barefoot, or minimalist, running decreases pounding on the body and can help runners increase the length of their runs. Dr. Brandt Gibson, a podiatrist and runner in American Fork, however, is cautioning people to take it slowly.

"It can take up to six months to a year to run fully in those shoes," Gibson said. "You are increasing your chances of injury if you are wearing a barefoot running shoe and you don't work into it."

He says to first try the shoes for five minutes during a typical run, a couple runs a week, and then increasing the time 10 percent at a time, eventually working up to the full length of the run. Gibson says that the caution is, in part, because many runners will end up completely changing the way they run, essentially retraining. If a runner is a natural heel-strike runner, the method will switch it to a mid-foot or fore-foot strike.

"There's not many runners who can go out and run six miles (in the shoes), even though they have already been running six miles at a time," Gibson said. "As soon as you get into a barefoot running shoe, you are starting over."

Gibson also says that it's not for everybody, especially those who are already dealing with injuries.

"If you have issues already, it may not be a good idea to run barefoot, because you are aggravating the issues you already have," Gibson said.

Mary Richards, Reporter
Mary has had an early wake-up call for KSL NewsRadio since July 2002. She dreamed of being in a newsroom when her parents showed her "The Mary Tyler Moore Show."