by Brandt R Gibson, DPM [email protected]
Connect with me
Podiatrist, Neuropathy Doctor, Father of 11 and Founder of Mountain West Foot & Ankle Institute
Ankle sprains are notorious for limiting participation in sports.  On a reglar basis, athletes are placed in a boot or at least an ankle brace after an injury.  These injuries are common in football, basketball and even soccer.  But the high ankle sprain sustained by Rob Gronkowski in the AFC Championship game may be more of a problem for New England in the Super Bowl.


Rob Gronkowski, a prolific TE for the New England Patriots, is statistically the best TE in NFL history.  His contribution this year for New England is arguably the biggest reason they are in the Super Bowl.  Therefore, this injury is important to the team, the fans, and even betting agencies.  Many feel he will play a part in the outcome.  What is the ultimate influence this will have?  The key comes to understanding the high ankle sprain. 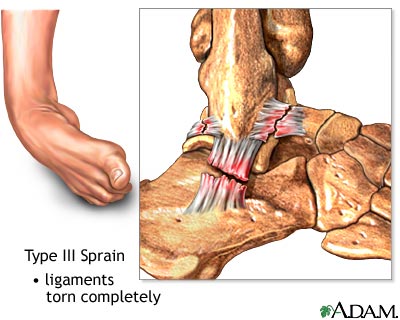 Sprains come in many forms, the most common being a lateral ankle sprain.   In this injury, the three ankle ligaments are stretched, strained or torn and can lead to instability of the ankle.

A less common injury is what is called a High Ankle Sprain.  This includes tearing of the ligaments betweent the fibula and tibia, that allows seperation of these bones, and greater ankle instability.  This type of injury typically hurts with planting of the foot or changing directions on a basketball court or football field.

With this understanding, it may be problematic to perform at a high level as a TE with a high ankle sprain.  Since most reports seem to state a Grade 1 sprain, it is probable that he can play in some pain and will not be too limited.  To increase his chances, he has been wearing a boot since the AFC Championship game and has not been practicing.  If it truly is a high ankle sprain and only a Grade 1, it will probably NOT influence the success of either team.